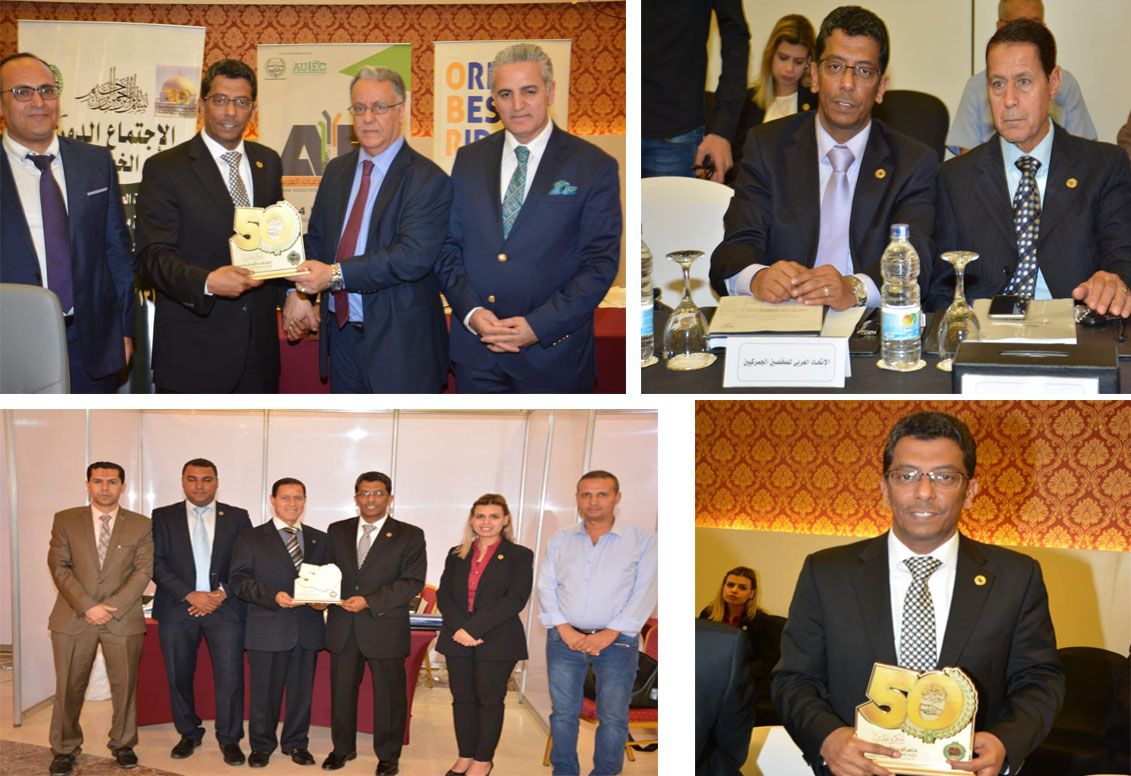 "We celebrate the fiftieth anniversary of founding the Arab specialized unions. Furthermore, we assure the great role played by these unions having experience and profession to promote the Arab economy and cope up with development in all economic fields all over the world" Ambassador Mohammed M. Alrabei said.

Dr. Mamdouh Al-Refaye, Head of Arab Union for Customs Executives stated that the AUCE was founded in 2017. It accomplished several achievements in order to increase Arab commercial exchange. AUCE signed cooperation agreements with Egyptian, Lebanese, Kuwaiti, and Sudanese customs. This year will witness entering agreements with other seven Arab and international customs.

Dr. Al-Refaye sated that AUCE is about to hold an international conference for logistics under the sponsorship of Arab Economic Unity Council (AEUC) and  World Customs Organization (WCO). The conference shall host Arab and international customs and chambers of commerce and the related bodies from private and public sectors.

Ambassador Mohammed M. Alrabei said "I would like to present thanking and appreciation to Dr. Al-Refaye for his permanent care to enhance the joint Arab work and doing enormous efforts in very short time to achieve many tasks to serve our Arab nation. The idea of the Arab Day of Customs Executives corresponding to the 5th of May is one of his innovative ideas to remind the world with the role of custom executive and his efforts. So, the International Day of Customs Executive shall be the same as international customs organization." He added that the profession of customs executives will remain side by side with customs to enhance global economy.

It should be noted that the 50th regular meeting of Arab Specialized Unions is titled "Quds if the Capital of Palestine". The meetings tackled empowerment of Palestinian economy through investing in Palestine and presenting the sectorial development strategy in Quds. The meeting discussed the role of Arab unions in view of green economy to achieve sustainable development. In addition, the meeting tackled the recommendations of "Overcoming Obstacles& Hinders against Arab Commercial Exchange" symposium.