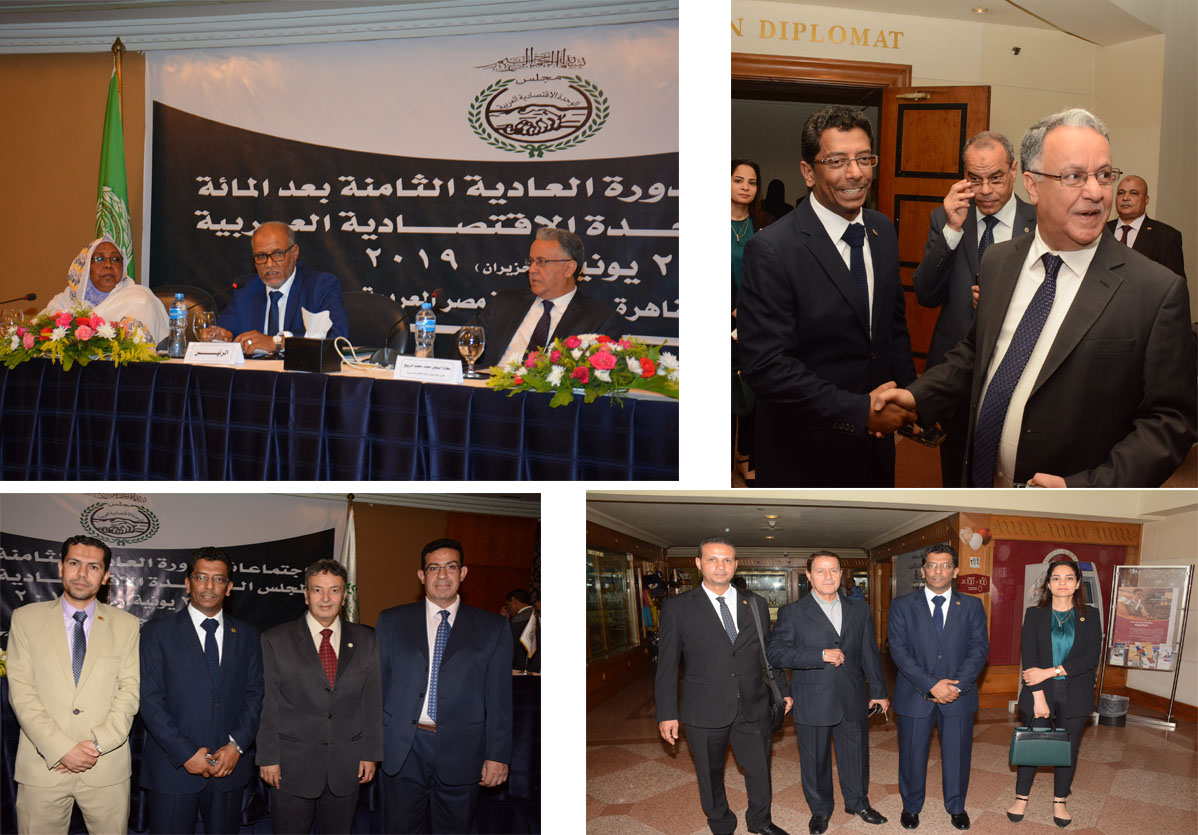 The meeting was started by the speech of the Islamic Republic of Mauritania delegate, the President of the previous session. He thanked Egypt for hosting all the council events and thanked ambassador/ Mohammed Al-Rabey, the secretary general of Economic unity council for his great efforts to let this council achieve its ambitions and goals in serving the Arab joint work, then handed over this session to the delegate of the Republic of Yemen.

The Yemeni delegate showed that this session will complete what started in the previous session. It will focus on the digital economy, the sustainable development, Arab countries reconstruction and Arab conference will be prepared at the middle of this year to discuss the reconstruction strategy in these countries.

The ambassador pointed out that in this session whose events are in sever difficult situation, we wish to cope with the countries economic progress. This council established four economic companies to serve the Arab joint work up till now and the Arab unions that work under the supervision of the Arab economic unity council aims at Arab economy protection and it's considered the wish for the Arab joint work enhancement.

Alrabea added that in this session we will discuss some important files firstly the digital economy and the fundamental concepts to achieve the sustainable development and food secure. The countries of the Economic Unity Council have many natural, animal and mineral resources, but we have to move from consumer industries to manufacturing industries.

He also pointed out that the Arab Unions celebrated their 50th anniversary and the meeting was entitled "Jerusalem is the capital of the State of Palestine" A large economic conference will be held in the early next year to support the Palestinian economy.